Earn more and get closer to your community using Twitch

“The problem with being an influencer these days, is there isn’t much money in it. The market is saturated and there is no real way to create a deeper and meaningful relationship with your followers. Well now you can solve both these problems in this Twitch course dedicated to influeners.”

Learn everything you need to know about Twitch, from opening your account, designing a great profile, getting to affiliate level and then partner level.

Master Streamlabs OBS, the essential tool needed to stream via your computer. Learn how to set up some awesome and interactive stream.

Be in the know with the best streaming equipment for any budget. Learn about Microphones, Camara’s, Lighting, Stream Decks, Headsets, PC parts.

Join a sorority of influencers who are learning to stream on Twitch. Become part of a very supportive community that will help you grow as a popular streamer.

Xentoza is a course for female influencers on Instagram, Tiktok, Facebook etc. To increase their income whilst creating a deeper and closer connection with their followers using Twitch. It’s not just a course but a community of like-minded individuals helping and supporting each other. Xentoza is a Stream Team, a Brand, and a Sorority. 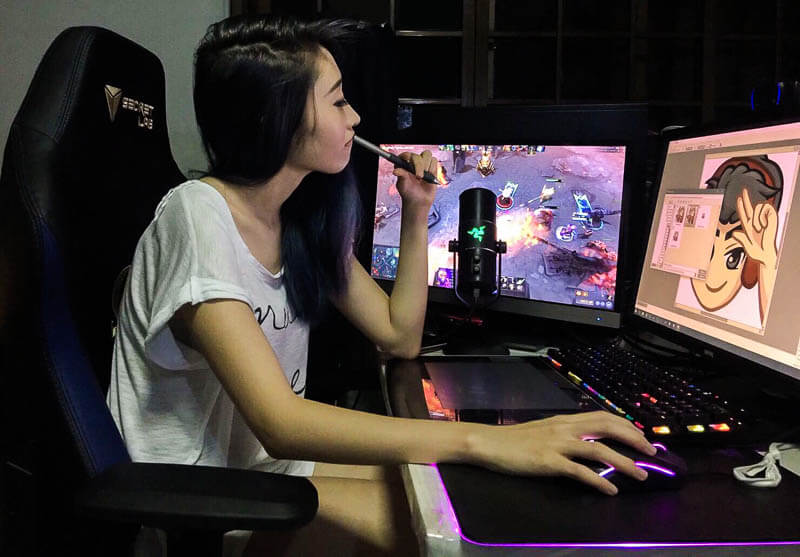 Twitch is a streaming platform initially designed for gamers to stream their gameplay live to their community. However, it soon expanded beyond the realm of gaming and became the world’s number one streaming platform of pretty much anything kosher.

Photos are uploaded to Instagram hours/days after they were taken and only after cropped, filtered and edited. Videos on Tiktok are filmed, cut, transitioned, edited and then uploaded. Both take a long time, a lot of energy, and no way to create any meaningful connection with your followers. On the other hand, going live on Twitch is easy and has multiple ways to bring entertainment and enjoyment to your audience. But unlike going live on those other social media, you can earn a lot of money from it, and all you do is relax and chat with your community.

What You Will Learn

Securing and moderating your streams

How to properly engage with your audience

The Do's and Don'ts of Twitch

What streaming gear to buy

Finding the right & sponsors for you 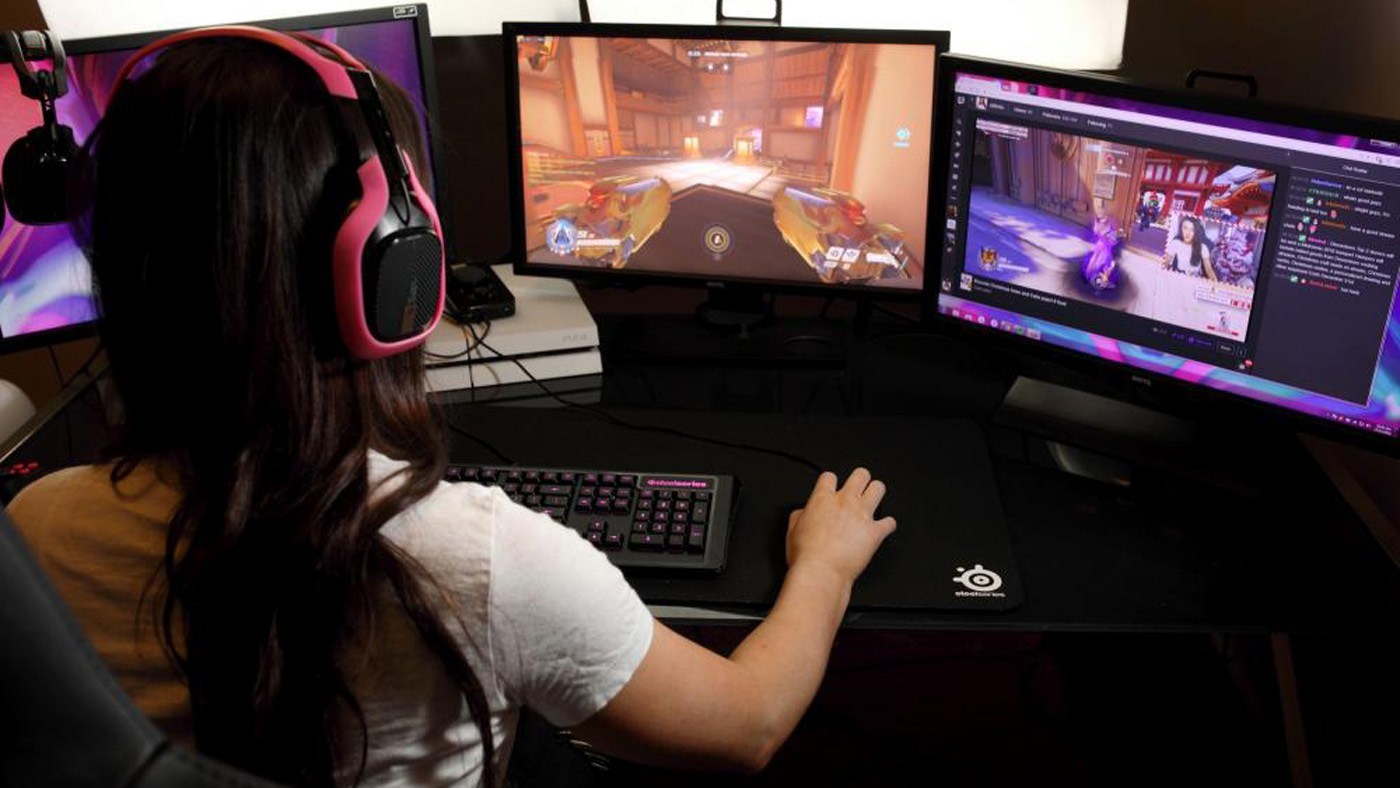 Couple things you will need

A nice laptop or mac will be enough to run OBS and start streaming to your audience. Doing a just chatting stream doesn’t require much and is a good start.

You can stream via your mobile phone the same way you go live on Facebook or Instagram. But you will need to have another phone to be able to moderate the chat and comments.

Funnily enough, you need the internet. However, it’s all about the upload speed, not the download speed, when it comes to streaming. So you will need at least a 5 to 10 MB upload speed on your internet or wifi.

Laptops are useful, but a desktop computer for streaming would be ideal, especially if you want to stream and play games. Buying a decent desktop computer would be cheaper than a laptop with the same components. 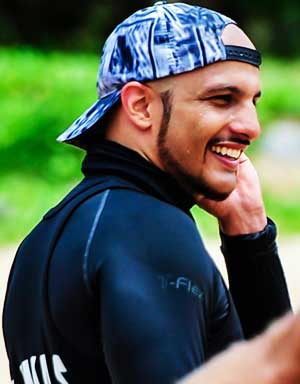 Krix is a Strength & Conditioning Coach and Health & Fitness Specialist. During the pandemic, he noticed many of his clients who were influencers struggling for work due to the travel restrictions. Krix has also been a gamer all his life and started streaming on Twitch for fun and founded the famous gaming community, Salty Zombies. He noticed some of the most successful streamers on Twitch were girls who didn’t even play games. They just chatted to their community.

He saw an opportunity for influencers to make a better earning using their followers via Twitch. But he knew a bit of a nudge and some guidance would be needed. So he came up with the idea to coach his modelling clients, not for fitness, but to live stream on Twitch. With their massive success, he decided to create this Twitch course specifically designed just for influencers and from there, Xentoza was born.

The course isn’t just about learning how to stream on Twitch or using OBS. It speaks volumes about designs, branding, first impressions, building a community, interacting with your audience, marketing, and some health and well-being of you, the streamer.

As a Professional Muay Thai and MMA fighter, it was hard to make ends meet during the pandemic, and all the stadiums were closed. I saw a few people going on Twitch, and a friend referred me to Krix. I did his course, and we met up for a couple of IRL sessions, which helped. Now the stadiums are open, and I am fighting again, but I still love streaming on Twitch.

I always liked playing computer games and never thought about streaming on Twitch. I thought it was something quite technical and difficult to do. So I never thought to try it. Then Krix showed me what to do and taught me the basics and I realised it’s actually quite easy. A slight learning curve but he is a good teacher and now I play games like I used to but with an audience.

I met Krix on the Salty Zombies discord and am now one of his senior admins for his 7 Days To Die Servers. I never really thought about streaming on Twitch until I saw Krix do it. It looked like fun but I was kinda shy. but with the encouragement of Krix and the Salty Zombies community, I decided to give it ago and now I am addicted and haven’t looked back since.

Ready To Make a Real Change? Let’s Build this Thing Together!

Chat To Them On Discord 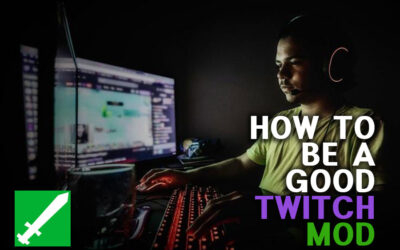 How To Be A Good Twitch Mod 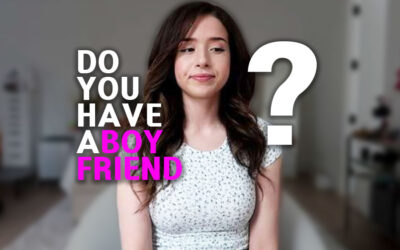 Do I Have A Boyfriend? 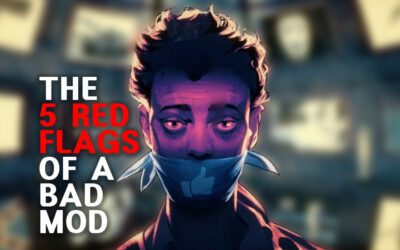 5 Red Flags of a bad Twitch mod you should Look Out ForChoosing a moderator can be difficult, especially if you are a busy streamer. Ideally, you want someone you know in real life, someone who has a high EQ (Emotional Quotient), knowing how to moderate a Twitch chat...

Want to receive push notifications for all major on-site activities?